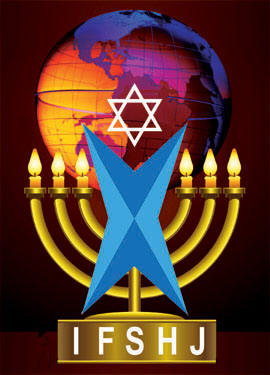 
All of a sudden, we can say "racism." A shock wave has struck complacent Israeli society. A few dozen Ethiopian children were not accepted to religious schools in Petah Tikva. That is truly terrible, everyone tsked-tsked at the heart-rending picture of Aschalo Sama, a boy without a school. Even President Shimon Peres expressed shock. Everyone is permitted to be shocked; it is politically correct.
Oh, how beautiful we are, how enlightened we seem to ourselves. Look how we fight racism, undaunted and uncompromising. And yet, in a twinkling, this shame will be forgotten, and we will be left with the many other manifestations of society's racism, to which we remain sleepily indifferent.
That's the way we are. From time to time, when the sewage overflows, and the stink spreads everywhere and we can no longer hold our noses, we all cry out against injustice until, once again, the cover is closed. The water underneath continues to froth and stink, but it will be covered and repressed.

It is difficult to know, for example, how many self-righteous and tsking parents would have agreed to register their children in a class with a majority of children of Ethiopian origin. And how many would rent an apartment to an Arab student? But far be it for them to count that as racism. And how many parents are shocked by the nightly selection at the clubs where their adolescent children go for a good time? Routinely, young "others" are excluded - Ethiopians, Arabs, Druze, and sometimes Mizrahim, too. Foreigners are barred for having dark skin, and no protest is heard.
Every day security guards check people entering Ben-Gurion International Airport on whether their accent sounds Arab, and no one complains. That is not racism. It's how we have organized for ourselves an ethical code of double and triple moral standards. We fight against a few manifestations and close our eyes to other, far worse, examples.
The case of the Petah Tikva pupils is the tip of the racism iceberg. Children engender special feelings; shameful revelations about the school system will always yield a scandal. But the very week the country was in a huff over the Ethiopians, Nir Hasson reported in Haaretz that Jerusalem invests NIS 577 a year in a pupil from East Jerusalem and NIS 2,372 in a pupil from West Jerusalem. Four times less, only because of the child's ethnicity. That does not count here as racism. Neither does the fact that East Jerusalem lacks about 1,000 classrooms, only because its residents are Palestinian. No one howls against these revelations, no one is infuriated by them, including the president, who fights against racism.
Now that we can use the term "racism," the time has come to admit our society is absolutely racist, that all its components are racist. The legal system, for example, is no less tainted than Petah Tikva's Morasha school. In many cases there is one law for a Jew and another for an Arab. The Bank of Israel, a state institution no less than the Morasha school, with 900 employees, has always been "clean" of Arab employees except sometimes one or two. Some 70,000 Israeli citizens, all Arab of course, are living in unrecognized villages, without electricity or running water, without an access road and sometimes without a school. Why? Because they are Arabs. Every week at soccer matches we hear racist epithets and chants, the kind teams in Europe are severely penalized for. Here, the referees do not even bother reporting them.
The latest incident occurred last week at the Doha Stadium in Sakhnin in a match between Bnei Sakhnin and Beitar Jerusalem.
And we have said nothing yet about the attitude toward foreign workers, the occupation (the greatest racist curse) nor about the attitude toward Mizrahim since the founding of the state. The list is long and shameful.
When the children of Petah Tikva have all found schools to attend , even though their skin is black, society will not stop being racist. It will return very quickly to business as usual and self-satisfaction. See how there was racism here, we fought it and it disappeared without a trace.